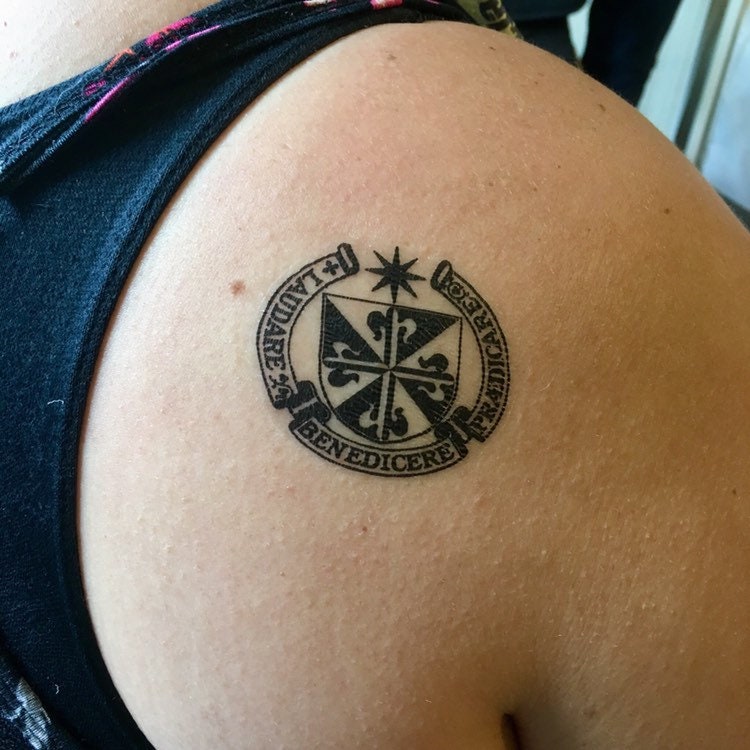 What Is The Meaning Of A Joan Of Arc Tattoo?

A Joan of Arc tattoo is a powerful symbol of strength, courage, and determination. Those who wear this tattoo are sending a message that they are ready to fight for what they believe in, no matter the odds. This tattoo is also a reminder to never give up, even when the going gets tough. Whether you’re looking for inspiration or a daily reminder to stay strong, a Joan of Arc tattoo is the perfect way to do it.

What is the meaning of a Joan of Arc tattoo

A Joan of Arc tattoo is a very popular tattoo design that is often seen on the bodies of many people. The design is based on the French heroine who fought in the Hundred Years War. Joan of Arc was burned at the stake when she was just nineteen years old. Her story has inspired many people over the years and her image is now used as a symbol of strength and courage.

People who choose to get a Joan of Arc tattoo usually do so because they admire her strength and courage. Joan of Arc was a very brave woman who stood up for what she believed in, even though it cost her her life. She is an inspiration to many people and her story is one that will never be forgotten.

What are some popular designs for Joan of Arc tattoos

How can I personalize my Joan of Arc tattoo

There are many ways that you can personalize your Joan of Arc tattoo. You can choose the colors that you want, the size of the tattoo, and even the placement on your body. You can also add other elements to the tattoo such as a cross or a banner. If you are looking for something truly unique, you can have the tattoo artist create a custom design just for you. Whatever you decide, make sure that your tattoo is something that you will be happy with for years to come.

What is the historical significance of Joan of Arc

Joan of Arc (1412-1431) is a French saint and national heroine. At the age of seventeen, she led the French army to victory over the English at the Siege of Orléans. In May 1430, she was captured by the Burgundians and sold to the English. She was tried for heresy and burned at the stake in Rouen, France. Twenty-five years after her death, Pope Callixtus III pronounced her a martyr. In 1920, she was canonized by Pope Benedict XV.

Joan of Arc is significant because she is a rare example of a woman who successfully fought in battle. She is also significant for her role in the Hundred Years’ War and in French history more broadly. Finally, Joan of Arc’s trial and execution were highly controversial and have been the subject of much historical debate.

Why did Joan of Arc choose to become a soldier

Joan of Arc was a young woman who lived in France during the early 15th century. At the time, France was embroiled in a civil war between the ruling House of Valois and the rebel House of Orléans. Joan of Arc decided to become a soldier in order to help her countrymen defeat the rebels and restore peace to France.

Joan of Arc was born in the village of Domrémy in northeastern France. She was a pious child who grew up hearing stories about the saints and martyrs of Christianity. These stories inspired Joan to one day serve God in a special way. When she was just thirteen years old, Joan began to have visions of saints and angels who told her that she had been chosen by God to lead the French army to victory against the English.

Despite her lack of military training, Joan convinced the commander of the French army, Charles VII, to let her lead his troops into battle. She proved to be a skilled and courageous warrior, and under her leadership, the French were able to win several key victories against the English. However, Joan was eventually captured by the enemy and put on trial for heresy. She was found guilty and burned at the stake in 1431.

Despite her tragic end, Joan of Arc is remembered as a heroic figure who helped turn the tide of the Hundred Years’ War in favor of her countrymen. She remains an inspiration to people around the world who fight for justice and freedom.

How did Joan of Arc change the course of history

Joan of Arc is a French heroine who, despite her short life, had a profound impact on the course of history. She was born in 1412, in the midst of the Hundred Years’ War between France and England. When she was just thirteen years old, she began to have visions from God, instructing her to lead the French army to victory against the English.

Despite her youth and lack of experience, Joan convinced the skeptical French leadership to give her a chance. She proved herself on the battlefield, leading the French to a series of improbable victories against superior English forces. Finally, she helped crown Charles VII as the King of France, ending the English occupation.

Just a few months later, however, Joan was captured by the English and put on trial for heresy. She was burned at the stake in 1431, at the age of nineteen. Her martyrdom inspired the French people to continue fighting for their freedom, and eventually they triumphed over the English.

So in a sense, Joan of Arc changed the course of history simply by being herself – a brave young woman with unshakable faith in God and her country.

What made Joan of Arc a martyr

Joan of Arc is a martyr because she was willing to die for her beliefs. She believed that God had called her to lead the French army to victory against the English, and she was willing to give her life to make that happen. Joan of Arc is an inspiration to us all because she showed us that we can be brave and stand up for what we believe in, even if it means sacrificing our own lives.

How did Joan of Arc’s story inspire others

What would a Joan of Arc tattoo say about me

There’s no doubt that a Joan of Arc tattoo would say a lot about someone. For starters, it would show that they’re not afraid to stand up for what they believe in, even in the face of overwhelming odds. It would also indicate that they’re the kind of person who is fiercely independent and unwilling to compromise their principles. And last but not least, it would suggest that they have a strong sense of self-belief and are unafraid to follow their own path in life. So if you’re thinking about getting a Joan of Arc tattoo, be prepared for it to say a lot about you!

Is a Joan of Arc tattoo right for me

If you’re considering a Joan of Arc tattoo, you’re probably drawn to her story of bravery and strength in the face of adversity. But before you make the commitment, there are a few things to consider.

First, think about the placement of your tattoo. Joan of Arc was burned at the stake, so a tattoo on your arm or leg could be a painful reminder of her fate. If you do choose to get a Joan of Arc tattoo, make sure it’s in a place where you can see it and be reminded of her courage every day.

Second, consider the size of your tattoo. A small tattoo may not do justice to Joan’s story, but a large one could be overwhelming. Find the right balance for you.

Finally, think about the color scheme you want for your tattoo. Joan of Arc wore white armor into battle, so white ink could be a powerful choice. Alternatively, red and orange could represent the flames that consumed her. Choose the colors that have the most meaning for you.

A Joan of Arc tattoo is a big decision, but if you take the time to consider all the factors, you’ll end up with a tattoo that you’ll love for years to come.